HOMEParental Control AppSocial Apps Have the Greatest Impact On Girls

Social Apps Have the Greatest Impact On Girls 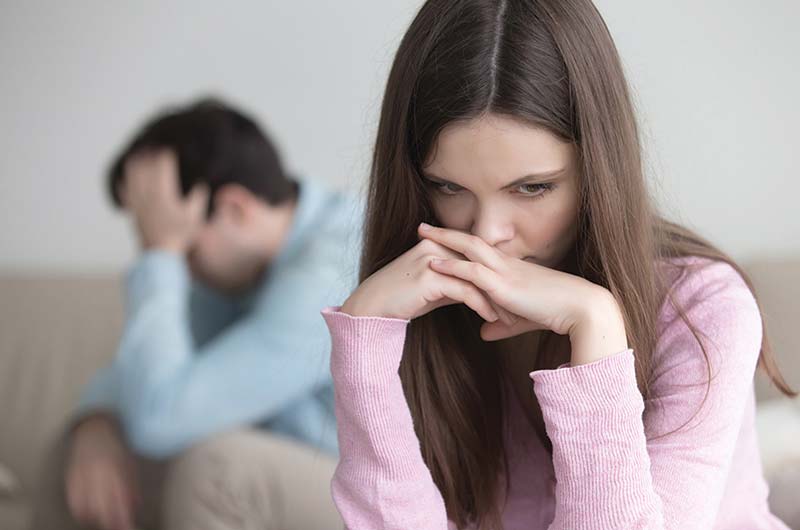 The virtual world has literally changed the way we live. Today we can communicate with a person whom we apparently do not know and whom we may never even meet. As an ad puts it so well, the world has become a village.

You can communicate with anyone, when and how you want. SMS, calls, instant messages, messages or video calls.

All of these possibilities, of course, are enjoyed by millions of people who happily take advantage of them. But if this is all well and good, there is also the dark side of new technologies.

In fact, it's not big news for anyone, but social media is not really good for the mental health of young people, both girls and boys.

But in fact a study has just shown that social dangers affect girls more than boys.

Research by the University of Essex gathered data on more than 10,000 families in the UK from 2009 to 2015. The children involved in this study were between 10 and 15 years old.

What was particularly studied was mental health. The cheerfulness and the way of being in different spheres of their life had thus been scrutinized as at school, their relationship with their peers, and other social and emotional challenges.

The results published in the study!

Young girls use social media more than boys. And their mental health is suffering tremendously. Young girls over the age of 10 would spend at least 1 hour of time on various apps and social media via their internet - Connected smartphone.

7% of young people under 10 spend less time than girls on social apps.

At 15, interest rises! 43% of teens teens use instant messaging at least two hours a day.

Likewise, at least 31% of teens under 15 use social media apps for at least an hour every day.

Adolescents around the age of 10 present with health problems such as a lack of zest for life. They also present emotional difficulties compared to other young people.

The dangers of social media for young girls and boys

Cyber bullying is a phenomenon that has taken hold of social media. Today no teenager can say that they have had no experience of online bullying.

And young girls are most concerned with the dangers of social media because they are more interested in making contact with the opposite sex.

They also spend more time on social media than boys. Bullying is everywhere, at school, on the streets, etc. And the situation is just as horrible whether you are a girl or a boy.

Stalkers are the first to look for young girls online. They are always young adults or adolescents, most often older than their victims. They are looking to start a friendship first, and after they manage to get a couple dates on social media, they try to get more personal information and look to meet the teens in real life.

On the other hand, young boys are also victims of harassment, but to a lesser extent all the same.

Pedophiles are also now used to hunting their victims on the internet, especially young boys.
'

And then they then try to meet them in real life. I'm going to know that pedophiles are widely present on many social media platforms.

Among other problems, which affect young girls all the more, we can note depression, anxiety, and many others which can put their well - Being in danger.

The dangers of social networks: what bad habits?

Young girls have more of a bad habit of being enlisted in sexting problems. What is more, they spend hours behind their screens.

Young girls are more used than young boys to make short, half - Naked videos or which reveal their intimacy. They then post them on social networks.

It is now quite common to see young girls communicating with coded messages, using different codes to deceive their parents and communicate with their friends or boyfriend. However, the use of these coded messages represents a real challenge for parents and a danger for adolescents.

Here are some coded messages used by the younger generations:

LH6 for Lets have sex: an invitation to have sex.

The challenges on social media are increasing and they are not without risk. The best example of the case is undoubtedly the Blue Whale Challenge.

But there are many others like it. Studies show that young people are easily seduced by these fashionable challenges. But their high emotional level often causes them emotional disturbances.

How can parents protect their daughters from the dangers of social media?

The easiest thing you can do to protect your children and especially your daughters from the dangers of social media is without a doubt to install parental control software.

And the most relevant at this level are undoubtedly spyware such as Mspy, Hoverwatch and Flexispy. Thanks to your spyware, you will always have an eye on the activities of your teenagers.

Android applications allow parents to regulate the use of social media and smartphones more generally.

Thanks to the spyware in a few clicks, parents who want to take care of their children can access SMS, MMS, Call, mail, browsing history, etc.

All messages, videos and conversations sent can thus be viewed and, if applicable, recorded. Screenshots of different apps and other social media page can also be taken.

Parents can also protect their children from the dangers of social media by controlling the cell phone remotely. For example, they can end sexting if a teenager does it.

They can block internet access if their daughter is about to send a sexting or even a half - Naked video. They can also block calls from people who shouldn't be calling etc.

Many possibilities are still open to parents who install spyware on their children's phones, such as GPS or even ambient sound recordings.

In conclusion, parents, you know that teenagers, both girls and boys, spend several hours a day with their smartphones.