How to discover a partner's betrayal and marital disloyalty? 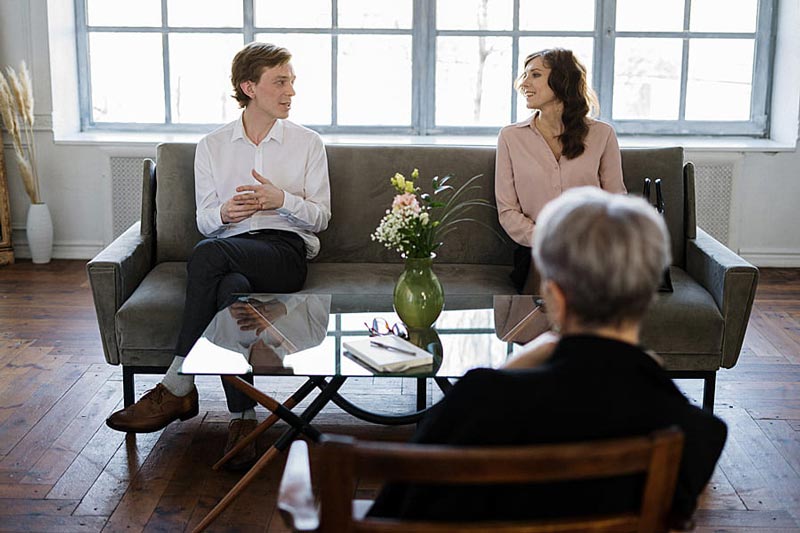 Infidelity is a huge trait in a relationship between two people, which often cannot be repaired. More than half of the betrayed people decide to leave their partner, abandoning attempts to rebuild their relationship. It is hardly surprising - Betrayal carries a lot of negative emotions and even love may not be enough to alleviate them. In this article, we look at research into romance, the effects of infidelity, and methods for detecting it.

Marital infidelity then and today

Stereotypically, betrayal is seen as a result of the deterioration of Western society, where sexuality is no longer a taboo subject and relationships are becoming more and more free. It turns out, however, that moral conservatism does not protect against marital infidelity. At the turn of the 1940s and 1950s, the famous American biologist Alfred Kinsey published two reports on sexuality of both sexes. The results of studies conducted with the participation of over 10 thousand. people shocked the public opinion. It turned out that the image of the ideal American family promoted at the time was just fiction. Every second man and every fourth woman confessed to having extramarital contacts.

The researcher's report showed that even a rigid moral corset is not able to stop society from forbidden romances. Interestingly, the proportions among unbelievers have hardly changed over the decades. Currently, gentlemen still cheat nearly twice as often as ladies. However, responses to betrayal have changed significantly, as can be seen in the steadily rising divorce rates. Injured partners more often than before decide to leave and settle their lives anew.

Where is the most common betrayal?

It might seem that, thanks to the development of advanced communication techniques, it is easier than ever to start a romance today. Chats, forums and social networks make it much easier to make a new acquaintance and keep it with minimal effort. Still, cheating doesn't happen more often than in the 1950s, which gives us reason to believe that the internet is not the most popular arena for romance after all.

So where are betrayals most often born? It turns out that work is usually such a place. On average, we spend as much as 1/3 of a day there, which is conducive to establishing new contacts that may get out of control. The risk of betrayal increases even more during business trips and training. The relaxed atmosphere during the integration evening, which is often additionally exacerbated by alcohol, can lead to serious consequences. It is not always about sexual contact - In such conditions, emotional betrayal can also arise, as destructive to a permanent relationship as physical infidelity.

Is cheating over the Internet possible?

The advent of the internet has not changed people's propensity to cheat, but it has influenced other aspects of the topic. As the American sociologist Eric Anderson points out, publicly available pornography and dating applications gradually blur the notion of cheating. Is it already online flirting, sending another person intimate photos, or maybe just a real meeting? The research conducted by the scientist shows that almost every person defines it in their own way. Some argue that without physical contact there is no infidelity, while others argue that you can even call it watching erotic movies. In the days of Alfred Kinsey, the definition of betrayal was much simpler - It was primarily about physicality.

How to recognize a betrayal?

As we already know, instant messaging is not the main source of romance, but it's great for keeping it alive. Nowadays, we almost never part with smartphones, so hiding suspicious contacts is not very difficult. After all, the reluctance to lend a phone to a partner can be explained by the need to maintain privacy. What if we see signs of betrayal by our partner and feel that the evidence may be hiding in his cell?

If we decide to monitor the phone of the other half, we can use the SpyPhone Android Extreme application. Quick installation is all you need to access files, SMS and MMS messages, instant messaging, multimedia, call history and live calls. The program is invisible to the smartphone user and ensures full discretion. It is worth remembering that the data obtained in this way serves only our information and we should not share it with other people.

Your phone's memory hasn't answered your bothering questions and you still feel something is wrong? If the other half has been behaving differently for some time, then returns home and cannot explain their absence, it is difficult to get rid of the feeling of anxiety. In such a situation, you can also try other solutions offered by the technology. These include spy recorders and mini cameras that will record meetings and conversations concealed from us. Modern equipment of this type can be perfectly camouflaged in everyday objects, making it almost undetectable. An example of such a solution is the functional flash drive with the MVR - 100 voice recorder. The device can record sound at a distance of up to 8 meters and work for up to 16 hours in continuous mode, which translates into effective access to any evidence of treason. The advantages of the model include not only good parameters and a discreet appearance, but also a favorable price.

How Can I Deal With Betrayal?

It happened - Our suspicions were confirmed and our partner did betray him. At such a moment there is a huge confusion in your head, and your heart is filled with regret. We have two paths to choose from: forgive or walk away.

Psychologists argue that infidelity does not always mean the end of a relationship. Working right through the problem can repair the relationship and bring two people back together. However, the therapy will only work if there is still love between them and a willingness to work on themselves. If mutual complaints and negative feelings prevail, it is better to choose a breakup.

What to do if you decide to divorce? When we want to prove the breakdown of a marriage through the fault of a spouse, we should collect as much evidence of his unfaithfulness as possible. We can provide a recording of a conversation during which the partner admits to cheating, refer to the testimony of witnesses or use the help of a private investigator. Professional investigation gives the best chance of success thanks to the possibility of obtaining comprehensive evidence.